Wikipedia: "The highest temperature recorded on Earth has been measured in three major ways: air, ground, and through satellite. The former of the three is used as the standard measurement, and is noted by the World Meteorological Organization among others for the official record. However, the method of taking the measurement has been subject to controversy regarding various factors such as environmental conditions. For ninety years a former record that was measured in Libya had been in place until it was disproven in 2012. This finding has since raised questions about the legitimacy of the current record which was measured in Death Valley in the United States of America. The WMO has since stated that they would be willing to open an investigation into the matter as all "available evidence" points to its accuracy. While there have been higher reports through air readings, none of these have ever been verified. The other two measurements of ground and satellite have also generated higher readings, but are less reliable and also unverified." 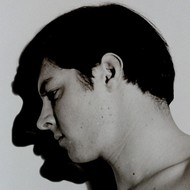 So that'll be 54.4C in proper temperature measurement then.

If you are poking fun at the US not using the metric system I totally agree, but why do you think Fahrenheit/Kelvin/etc. are not 'proper' ?

@FearlessFly.... Good point. It's a relative comment, however we are virtually, if not actually, the only country in the world who doesn't use Metric weights and measures. Reagan didn't understand them so he reversed all attempts to join the world community, making trade more costly and awkward. Trump is like him in many ways. We are also the only country that plays "Soccer". This country, as the Brits say, is very bloody-minded!

So don't live there & stop reproducing consumers who add to the carbon footprint which results in HIGHER TEMPERATURES.

it was the hottest place on Earth

In fact, it's probably the highest temperature ever reliably recorded. More details, for meteorology nerds, at [yaleclimateconnections.org] 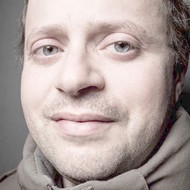 But it's a DRY heat...still frikin HOT...best weather I ever lived in was in NM...no humidity.

That is the temp for rare beef, fer crying ice! Would you just slow cook at that temp?? 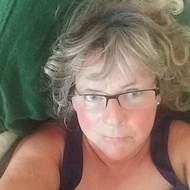 160 kills bacteria and most viruses. But if it is 130 air, then any reflective or absorbant surface should be hotter.

Well, Sous Vide is in isn't it?

Do you remember it eidetically? I swear, I still remember Readers Digest articles 50 years later

. This was the hottest day ever recorded on the planet. 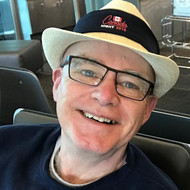 "Greenland Ranch temperatures not consistent with meteorological conditions in July 1913"

@FearlessFly Of course it's not consistent...because it doesn't support the new narrative. I cannot accept changing historical data to support a new political agenda get in the way of truth, and will let science speak for itself.

And they still insist on burning coal and procriating.

I saw that today! I have had 110, for 3 days myself! It is late night before it cools here!

Must be why they call it Death Valley..

@TomMcGiverin Hey, you just might have something there, ya know.

Yeah, but what about all that global warming I have to shovel in January...

Shorter and wetter winters (which includes snow) is part of the global warming science.

@Beowulfsfriend You realize I was joking I hope...

I have been to Death Valley twice on the 4th of July. It was really hot but not that hot.

I recall my Mom always saying, "Anything over 100 is just hot." And she was right. Living in the high desert, we didn't think a thing of spending time outside all day in 110 or so degree heat. It just was hot. And in time, I also agreed with her about hot/humid versus "It's a dry heat." Humidity SUCKS!!!!!!!!!!! BUT being acclimated to over 100 degrees for a month or so at a time, like I was, and 130+? That's just a whole level of hot I'm not interested in at all.

It is not easy to be outside to do much, on my part! And I like hot! Not humidity though!

@Freedompath This humidity is killing me. Last weekend it was 89 degrees, 90% humidity. It was just miserable. Good thing we're semi-locked-down, I don't wanna go out in this nonsense.

@SeaGreenEyez 90% humidity, that is horrible! One thing here...it is 15/20% humidity! Back in Ga it was high and I never got adapted to it!

I won't do muggy and buggy!

We have had humid days here in CT where the thermometer was in the low 70 's and every movement causes Rivers of sweat....yuck!

@AnneWimsey I remember taking the train into NYC from Norwalk a few times...stepped off the train at Grand Central...105° roll me over and baste me

@AnneWimsey It is YUCK! Good grief. I get out of the shower, primp and by the time I'm in the car, I'm sticky. It just makes me pissy!

A good place to avoid.

. . . current weather is not climate

@dpms308 climate has never had this rapid of a change. A fact often lost on the fools who deny climate change.

@redhog In pre human times, major events such as meteors, large super volcanic eruptions caused some rapid climate change. Earth is waaay older then humans, has already seen it all.

@dpms308, @creative51 yall need to learn about the science

@creative51 Ah I see. I backed you into a corner of your being a climate change denier so you start with insults and profanity. Pure evidence that you have nothing.

@dpms308
You certainly don't talk like a math or science head.
Annual Climate change can be modeled based on data available to a degree of error
People have a life span based upon several factors
The color of the sky is dependent upon your perspective and duration of observation. Usually, black or blue, and sometimes other colors.
A linear rate of change is potentially extreme depending on what is being measured... if only it were constant

The Orange-armageddon says a lot of things aren't real, that are... and a lot of things that are real, are not. Reality loses all meaning, and all substance collapses into a single truth. Donald is a lie.

The local news said that this year is Arizona's hottest Summer on record. Crazy!

@xenoview Nice! We just moved to Chandler in March.

@OldMetalHead
Welcome to the valley of the sun.

@xenoview Thanks! I'm enjoying it so far. Although, with Covid we really haven't been out of the house much. Looking forward to exploring in the near future.

Your current 90+ temps aren't that far away !

@FearlessFly well, we had one day last week at 107 and another yesterday at 105, so I guess we will get hotter here too! Can’t wait to get to Northern California!!

@Redheadedgammy It's only 100° today in the East Bay - but we've got lots of smoke from the wildfires.

You can include a link to this post in your posts and comments by including the text q:525433
Agnostic does not evaluate or guarantee the accuracy of any content. Read full disclaimer.