I am on a dating site and I contacted a gentleman and we spoke on the phone last night. We have a few things in common but I fear not enough. On my profile I state I am not religious, I didn’t think to look about this on his profile, but he did say he had his masters. So I asked what did he have his master in..... he said in divinity. He was an Anglican minister. I was gobsmacked to say the least. I told him I was an atheist and promised him I wouldn’t try and convert him. He said he wouldn’t try and convert me as well. He is no long a minister and we are both photographers and he makes documentaries. Not about religion. He said he’d call me on Thursday and arrange for us to meet for coffee. Should I keep an open mind or not. My gut is screaming run!! He is a socializer and I am a loner.
Yes. Or. No. With an explanation.

Do you doubt your lack of belief? Do you think his belief is stronger than your no belief? Do you want to just sit and blow Happy Sunshine up each other's asses? (Or everyone else's) Hell, go for it.

Please report back to me

I would at least meet him to see if there is any chemistry. If he is no longer a minister, his beliefs could be in flux.

Go, but if he pulls out some wine and a cracker, run like hell.

Oh man! Masters in Divinity. LOL! You hit the motherload of religion. Well, there's no harm in going for coffee. Maybe you'll make a new friend, but I would have serious reservations about engaging in a deeper relationship having what I consider to be a fundamental difference of opinion.

What's the harm? Generally speaking, Anglicans seem to be the most open-minded of the organized religions.
I paid my own way to go to a religious (evangelical) high school and first year to a religious college and actually, that's where I earned my awakening and followed a path to become agnostic. If everything else clicks you may be happy you gave it a shot - what's the worst that could happen - you're out an hour and a couple bucks for a coffee? I'm willing to bet you'll walk away a bit wiser for it.

Nothing ventured, nothing gained. And it could be great. At worst, it's free coffee! 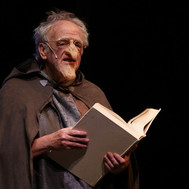 It's just coffee and you may have enough other things in common to be friends. 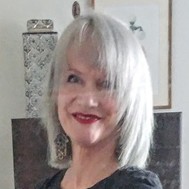 I imagine there will eventually be a conversation about why he was a minister and why you are an atheist.

But don't let the minor details get in the way.

I say coffee YES! But I've had four cups already.

I've got two lovely mates who are both Anglican priests of the liberal stripe. We have interesting discussions on morality and politics. Worth a go.

Well I decided to keep an open mind and go for an afternoon coffee with the Anglican priest. He brought a single red rose, yay! He spoke about his life for an hour, after which I made excuses to leave, he said how about a hug, I said a side hug works, the place was crowded. He gave me a big bear hug. Boo. Totally disregarding my wishes and doing what he wanted. There will be no second outing, and if he calls again I’ll tell him why.
Now this has me wondering if atheists are more often feminists. 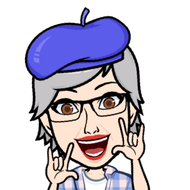 Good on you for trying it!
Yuck on him. The Christian wanted to feel your boobs against his chest. Against your wishes.
Disgusting.

There is always something to learn from people who think differently. I have dated a few men recently who are extremely conservative and found it very insightful and eye opening to learn a little more about how they think and feel about things. It hasn't changed my viewpoint, but it has made me much more tolerant and respectful of theirs.

Based on past experiences with religious folks, I'd say don't leave it to chance, you would probably find someone else who shares your world views.

My last two boyfriends were Christians. Why we broke up had nothing to do with their religious beliefs.

I think it's important to listen to what you're saying to yourself. If your body says run then I say run. 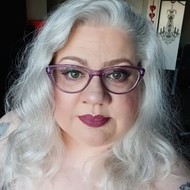 If you're able to settle for a friend I think you'll be fine. I would suspect you might have problems down the road as a "couple".
Manage your expectations and you'll be fine.

Well, if you could go for a coffee for a friendly chat and to see if he's worth being around

Coffee is not a high price to pay to get the benefit of knowing..... Few words face to face and then you will know what to do next. Unless you feel more comfortable with wondering forever

Do you think during coffee he will magically convert you? He is no longer a preacher, ferpetessake! Leading toMANY Interesting discussion(s) right there!
GO!

I'm voting with the others who say....go for coffee! Why not? It's not your wedding...just a cuppa caffeine. I'd be interested to know why he's not involved in some kind of religious leadership. Be open to learning his motivations. LET US KNOW WHAT HAPPENS!

There is some reason your gut is unhappy. Trust it. If I had trusted my gut reaction to my two husbands on meeting them I wouldn't now be twice divorced. If you're on a dating site you are obviously looking for someone so I'm assuming you don't have this reaction to everyone. Our subconscious can often see things we don't want to acknowledge. Go with the gut,

Go for coffee if you like interesting debate. AS for long term partner, stick to someone with the same values and goals as yourself. You need to have things in common

I happen to be dating a god person myself currently. Not sure where it will go , but it's enjoyable enough to venture forth - so far.

Totally up to you. But if you are uncomfortable in any situation, don't do it. Plenty of fish in the sea.

Not yet anyway, find out more about him if your Spidey senses are going off.I too am an introvert and I just had a similar experience on a blind date with a christan woman. It went well at first but fell apart rapidly with the utterance of three simple words "I am Atheist". But you seem like a very intelligent and lovely woman and I'm sure you will make the right decision.

I been atheist all my life. My longest relationship other than marriage was with a christian scientist, we even lived together at some stretch and we still close friends, we both know our boundaries and I read the lesson with her and attended service when she was 2nd reader of her church. Attended functions and parties of her congregation. I am not a militant... if neither of you is a militant, you have to live and take chances. Wishing you the very best!!!

Contact him and beg off. Don't just not show up.

You can include a link to this post in your posts and comments by including the text q:65961
Agnostic does not evaluate or guarantee the accuracy of any content. Read full disclaimer.