Did you ever have a job that sucked the life out of you?

My worst job: in a shared cubicle. Lots of gray walls. Many Xtians. Lots of prayers. A friday preacher. Brainless work that killed my wrists and my feeling of mental well being. It's a scar on my "soul." But, a lesson well learned. I will never work in a cubicle again!

Navy is pretty demanding at times but I was young and capable of taking it... Sucked the life out of my marriage. That much I can say. But that is a story for another time and place. But thinking about the fact that I am retired, couple years now... I survived any fucking job that could had sucked the life out of me. I Won. BUUYAH!!!

Every job I ever had.

Was going to say "all of them"

Being an elementary school teacher. The demands were too strict. Teachers that make it past the second year, are saints.

Yep, I took a class in college that included been assigned 6 KG during their recess on a private catholic school. I can say I had seen grown men cry while whispering I can't take it... I can't. I knew then I couldn't be a teacher.

@silvereyes Plus the kids you always remember... will forget you the ingrates!!!!

suit, tie, skyscraper, soul-killer. been there, never again if i have any say about it.

Bill collector at an agency. I left over a lunch break with a note to my boss and didn't come back. I lasted a few months, but I was so happy to walk away.

Office and factory work both sucked the life from me

Yes...so much that I had an anxiety attack and almost crashed my car....

@silvereyes quit over a text...could not even face them....definition of bad people....should I say evil

Machine operator at a box factory. The job to set the machine up was straight forward. The problem was with the employees like a room full of tattle tales and back stabbers. The pay was decent but was not worth having to explain everything you did, was like being in the witness box in a courtroom every day 6 days a week.

I worked a chemical plant. Us younger guys had to get the bad pumps to pull and repair. The older guys got the gearboxes to work on and it was noted that the gear boxes took a week to work on. We younger guys were getting screwed...

I'm alone with a machine for the vast majority of time. Getting chased down by a machine every 40 seconds, I need to place ~15 boards, 3 runners, fill the nail bowl, maintain a level of material to build with, quality control, machine maintenance, measurements and altering the machine for different combinations. Iv trained so many people on what has been called my machine, that have quit or been fired. When I went on vacation for 3 weeks, only 2 paid, 3 people quit because they had to cover for me, and others were starting to get frustrated. I’ve gotten used to it. It’s not like no one can do it, but I’m the longest lasting person to do strictly this machine, in over 40 years of their business. One person that worked on the machine for 3 months had painful nightmares and needed therapy for it, iv been doing it solid for ~2 years. For the longest time it was torture, but I guess somthing snapped.

@silvereyes I’m making the most out of everyone in my area except the manager, it’s still not much, but I’m doing really well for the area I live in. Full time jobs are super rare in NY at entry level. And where else can you wear sweat pants and sing out loud? I work with all guys, so I don’t have to be scared shitless about sexual harassment cases if I say hello. I have a lot of freedom there in general, so I can’t really complain. It takes a special kind of broken person to do what I do.

I was required to be on 4-6 flights a week. The money was great. The job came with a great deal of status. The problem was I had to word 16-20 hours a day. I literally only slept on planes. It slowly drained me to the point that I had sleep deprivation. It was hard to walk away from the money until one week I was on 13 flights in one week. That did it for me. I had to quit. My health was affected.

Yes, total fight or flight inspiring. I kept looking at the door fighting back the urge to run as fast as I could to get out! To this day, I don't even shop there anymore.

I worked for a boss who sucked all my joy out of the final 6 months my chosen career in a school district. I quit, found a new job and haven't looked back once.

It's never been the job itself that would suck the life out of me, it's usually one of the damn higher ups making it hard on everyone. My current job is a damn good example of 2 1/2 years of dealing with shit supervisor who refused to ever truly take into account what any of us had to really say.

Only half heatedly would listen, then try to "rationalize" away our suggestions and opinions to make the case for HIS way. A very 'my way or the highway' kind of stance but always framed as "in company this is how it's done, no exceptions."

His poor management skills and narcissistic attitude caused A LOT of turn over, and people hating work. WE ALL got along just fine and liked working with each other, but he was a primary source of resentment. When problems and pressure would start to mount up from the boss and such, would take the crap, but always act as if he was some sort of victim and it's everyone else fault. Though he would cleverly veil this to not make it look like that....sadly for him I have a very good bullshit detector and would pic apart and explain to the others whats going on. His attitude and management would just lead to stressful work loads, long hours, and just massive stress and animosity. We work physical labour, outside, from 6:30am to AT LEAST 4:30pm, and all that was fine provided he wasn't being a dumb ass. It's awfully telling when we would get stuff done just fine when we were left along to our own devices and DREADED the few times he would come to "help".

Thankfully after a complicated series of events and rocky last few months, he got fired. None of us batted an eye when we got that e-mail on our work phones, and morale instantly shot up. Our last few weeks over work before winter shut down went by peacefully, productively. Our boss was acting supervisor for that remaining time and not once did he mettle with OUR WAY of doing things because IT WORKED.

Any job can be great or terrible, it's always the damn people that make or break the experience.

Call center, all in-bound customer service. Some of it totally fine (e.g. renewing memberships for a national professional society or reserving spots in a Medicare seminar), some of it meh (e.g. catalog sales), some of it abjectly horrible (e.g. using required less-than-perfectly truthful tactics to aggressively sell vitamins to old folks, cleaning up the mess after people are coerced into signing up for financial obligations they didn't fully understand, funding phone accounts to help people pay highway robbery prices to talk to loved ones in jail).

Unfortunately, the abjectly horrible stuff was the bread-and-butter. Killed my soul, made me hate myself for lending material support to such terrible efforts. Its been several years and I still carry some guilt.

On the plus side, I gained intimate knowledge of just how miserable some perfectly legal business practices are. Wait...

Yes I was a rep for a distribution company, loved the work.
The problem was that I could not have a life because my phone was stuck to me from 5 am to
10 pm. 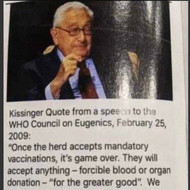 This is awful topic....can we have a post about good jobs!???

@silvereyes Great Idea! So I did!

@silvereyes It's in "Posts" and under newest

Every retail job I ever had.

The job I have has evolved but there were times the tasks were simply brutal... I'm glad to be doing what I do now

I was a planner at my first plant. We did arrow diagrams with nodes. We drew out our diagrams...no computers...ugh. write small print.

My problem jobs were more due to really ignorant management.

I had a job where I enjoyed the result of what I did - environmental restoration, sadly it required teaching and supervising youth that were for the most part criminals druggies dealers, violent, in gangs and so on, the males were even worse. Some good ones I managed to set on the right path, I resented having to work with most of them.

Delivering furniture, some la-z-boys and mattresses weight around 140kg and twisting those through small doorways and taking them upstairs for people was so exhausting I had no energy for a life after work. I survived a year and a half but I'm not doing that again.

Putting tops on aerosol cans and pippeting perfume from tubes into tiny little bottles-Moons and Stars for Helena Rubenstein. Did it one college summer. Quit after 4 weeks.

sounds like torture. i can hardly walk thru the dept. store fume section.

You can include a link to this post in your posts and comments by including the text q:17587
Agnostic does not evaluate or guarantee the accuracy of any content. Read full disclaimer.