Why are atheists not willing to form a coalition?

As the numbers of atheists (and uninformed agnostics) and general apathy towards religion thankfully is growing, why is there not a better formation of a recognized group? Is it more than this? Should a coalition be needed in the first place? Why or why not?

In my own little paranoid way, it seems the world and USA, is tumbling towards an either you are for or against us mentality.
In my sad vision, when the shit hits the fan here, the churches and 2'A'ers (mostly the same nowadays) are coming for us all. A little group protection might be a "nice thing" to have

We don't need a coalition .. . That would be seen to be OPPOSING christians ... why would we do that when it would literally start a conflict.

Where as if we carry on in peace accepting christians for their belief eventually more christians will leave the "faith" when they see reality.

It is declining it's just slow. A coalition would define a clear enemy. Not for us but for christianity .. I don't think we want to make an enemy of other people do we ?

@bingst just my view & happy to be proven wrong as long as we all escape alive lol ? ?

similar to what I was going to say: a group forms because of a common enemy. I think by keeping things lose as it is then Atheism or Secularism will become a social norm rather than a segment.

The basis of atheism is think for yourself!

@Silverwhisper "COAXEDby others"???????? Who? When? How? I believe 99% of the atheists and agnostics on here reached their conclusions through independent thought. Atheist organizations exist, for example, to insure our rights and defend the tenets of the Constitution, but none of them "coax". You are sounding more & morec like a troll......

@Silverwhisper RI also find that many of the atheists on here, contrary to your assertions, come from Very religious backgrounds! I see a lot of assertions, but my experiences and being on here awhile, seem to belie what you say!

It's probably because we are such independent-minded individuals. Trying get us into formation is like herding cats.

I pity the shepherd in charge of a flock composed completely of black sheep.

I have spent a fair amount of time considering the subject and found that it is a nonstarter because Atheists are by definition, free thinkers, individualists and nonconformists. How do you put together such a group in an organized manner? The whole premise behind Atheism in my view is that we would just like to be left alone to live our lives in honour and in dignity, apart from the ridiculous shackles imposed by religion and its accomplice government.
Stupid people, weak minded people, people lacking in internal fortitude - these are the people that embrace religion, conformism and subservience - forming an atheist coalition is doomed from the start unless you want to form a cult based upon the concept of atheism but not true to the concept.
(don't get me wrong, there is a lot of money to be made in forming a cult but personally I can't swallow that poison pill myself, thought about it when I was young and naive but even then saw through the lie)
I think discussion groups and support groups for fellow Atheists are a good thing considering the size of the mob that we have to face each day but a formal coalition just wouldn't work in my opinion.

@kirkz Thank you for saying so. I wish I could figure out a more amicable solution to being an Atheist but I've yet to come up with one. Hope springs eternal however.

@Surfpirate I've never wondered why I'm an Atheist, but thinking about it now it could be we see through ideas that seek control by using our fears against us...when fear (not fight or flight) is usually just a lack of knowledge.

@kirkz You cut to the heart of the matter, sometimes the answer when confronted with an attack is not to fight or to flee but to simply stand firm. It's perhaps the hardest thing to do in the face of adversity, fighting takes little thought and fleeing only require fleetness of foot. To stoically resist oppression is perhaps the greatest power as Gandhi and Martin Luther King proved quite eloquently.

Well, there's the Freedom From Religion Foundation, Satanists, Pastafarians, Humanists, and others. The biggest obstacle is that atheists do not have a generally accepted set of goals and beliefs, so the disparate members would likely only agree on separation of church and state (and have varying ideas of what that means). Our many groups do accomplish quite a bit on that front, though.

This is an excellent point. If we are to rally behind a single point, secularism is probably more fitting than any other.

@bingst Yes, but the groups I listed have differing means of fighting for the same goal. Satanists make their point by insisting on Satanic imagery in every public building in which Christian iconography is placed. FFRF just requests religious monuments or rules be brought down. Pastafarians simply mock religion and try to guide people to realize secular rules make more sense (and end up with colander headwear on driver licenses).
My point is that most, if not all of us share the goal of a secular society, but even the one goal on which we agree has a number of groups and approaches, with a significant amount of overlap. Rather than lamenting the lack of cohesion, I prefer to celebrate the diversity of views and tactics.

Why perpetuate that form of mentality? That's religious and tribe think.

Whenever this question comes up, I always think of the late, great Groucho Marx.
"I refuse to join any club that would have me as a member. "

I'll guess he's referring to those who refuse to label or see themselves as atheist.

@iamjc no one has that information, so are you an uninformed atheist? ?

Because we are not sheep. We support each other however we can, but will not form an athiest church group !

Since atheism is merely a rejection of a proposal, I think it would be counter productive. I don't really need a 'club' to say I reject your hypothesis

Because, just like people who don't believe in Bigfoot, we're not a group. We share nothing necessarily in common. Being an atheist just means you don't believe in something. Antitheist on the other hand could definitely do something like this.

Is there a point to forming a coalition, I don't get it. I don't have a need to spread any type of word around. I'm ok just being myself, and I don't want to act like any religion.

All it would do is define us as an enemy to Christianity .. It is pointless and would be seen as a hostile act. I don't want to make more enemies. Slow, steady reason not fighting will win.

Well, the Atheists of Minnesota have adopted a section of highway. 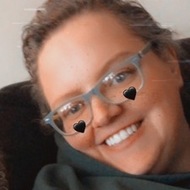 Good question...but....to what end? We already have ACLU,. FFRF, Humanists, etc, working to protect our freedoms. Thanks to a free internet, we can have groups such as this one (and it's one of the best I've ever found, bythewaythankyouallverymuch!)

If you can come up with a solid purpose, drop me a line! Please!

I’d rather build a coalition with all people rather make any more divisions.

Any organized group based on some sort of ideology can turn into a self-serving monster. Why? Because the individual unit of that group is still the fallible human who is generally selfish. But group selfishness or horrific group agenda is something that very often emerge and ought to be avoided. If you have ever lived in Japan or in Scandinavian countries, you will very soon find that most people have very few knowledge about religion and religion is barely a topic of talk in day to day life. They just don't care. That's what it should be is how I feel like. But I understand, in a society where half or way more are vouching for one specific religious ideology, it's hard for individuals within that group or outside to do or influence anything big such as politics. And therefore, a coalition may seem necessary. I view this agnostic platform or such similar platforms qualitatively as such coalition. But that should not be a coalition of atheists or non-believers, my opinion again!! They should not be talking or lambasting religious people all the time, rather they should be talking about science, societal affairs, irrational predictable mind, they should be contributing to the society in meaningful way to change the society in a good way. That's how science also progresses. That needs to be a coalition of intelligent people talking about intelligent things, being skeptical to non sense and embracing everyone religious or non- religious. It should not be an exclusive elite group which disdain those who don't understand them or follow them.

As soon as we label ourselves, we fall into the same trap we are (or have been) trying to avoid. There are many organizations that support and provide resources to the freethought/atheist community. As others have stated, I DON'T want to belong to any group, because then you shut out others, and that is what I am trying to avoid. A lack of belief makes me have a lack of desire to "join."

Maybe this is because of the nature of atheism. We do not believe in gods. This is really the only tenant of qualification. To form coalitions and the like we would have to post something on the order of "this is what we believe." Not fr from this you find yourself almost becoming a religion.

For me because I am an individual and like Groucho Marx wouldn't want to belong to any club that would have me I ma politically an an anarchist and join and unjoin as I please and I don't want to get caught up in 'group aims' and endless discussions -- been there done that - mostly unsatisfactory - No - Answerable to myself alone in the company of other/or not - is where I am at.

Me personally..... I am trying to stay away from any type of organized whatever. If any other atheists want to get organized then good for them but I believe a lot will agree that doing such thing may defeat the purpose of being a freethinker...

Secular Coalition for America is one, Is this what you mean?

Here are some resources:

I was one of the Secular Coalition for America's founding Board members, I served from early 2005 to late 2007. It was an exciting time, as the Coalition was very small back then. They have united ALL of the major atheist, Humanist, freethought, Humanistic Judaism, and other nonbelief groups. They are deserving of our support.

We already have humanity as a common bond...common needs, motivations, desires, history, and human nature. The only thing we need to unite for is to fight the big lie

Coalition for what? The eradication of religion? I don’t see many other common threads between us here.

You can include a link to this post in your posts and comments by including the text q:66689
Agnostic does not evaluate or guarantee the accuracy of any content. Read full disclaimer.