What is your response to evil and suffering?

In the face of unbearable, inexplicable or unjustifiable suffering, there are three responses.
The first says: This life is not all there is. There is another world, after death. There is heaven. There is peace and eternal life. All the evil of this world is banished in the world to come.

I take the second view. I mean you look at our body and we have a very distinct dichotomy of reactions to stimuli: either pleasure or pain.... one to reinforce behaiviour, the other to have us refrain from it.

Morality is just basic biology to me, sprinkled of course with a lot of human philosophical overthinking!

It makes sense, but it doesn't take consideration of all the grey zones of today's twisted mind... For some people "good" is uncomfortable or boring. For some people " bad" isn't painful but pleasurable. It is complicated.

There is no such thing as good and evil in the context being used; which suggests some cosmic, eternal struggle. We know this to be nonsensical and without basis or evidence.

Good and evil are religious terms that suggest humans have "purpose" outside of what they determine for themselves. Evolution and extinction illustrate that man has no more purpose than brontosaurus.

The Earth and cosmos do not cease upon the absence of man.

Suffering is a subjective term to each individual and animal. It is simply a part of the living experience.

cruel and kind, just and unjust. the nomenclature matters little, you understand the question, don't be pedantic.

@dellik My response is simply to suggest a book for your perusal.

The Tyranny of Words by Stuart Chase.

@BryanLV They don't when you understand intent. but you do you man, I don't really care.

The third response.
There’s nothing noble/divine about suffering, nothing especially glorious about dying for a cause, except the comfort it gives survivors. ‘God’ doesn’t test us or ‘have a plan’ because there IS no god. That’s all a delusion.

Make sure I am not contributing to it.

Nature is red of tooth and claw and we are not apart from it but a part of it and all it's rules. We may call something 'evil' but nature knows no evil or good, only evolution and if you try and get in the way of this watch out. We absolutely must stop placing ourselves in the center of things. This is the path to our undoing.

Sorry, but eternally singing praises to some gawd seems to me to be far more awful than any hell you could imagine.....

My response is simply "THAT'S LIFE" 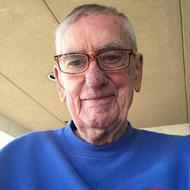 Fourth. Sadness and anger. Then work to eradicate it. Eradication, or at least reduction, of needless suffering in itself is a meaning.

“I have no idea what's awaiting me, or what will happen when this all ends. For the moment I know this: there are sick people and they need curing.” - Dr. Rieux, from the Plague-

In my opinion, evil is solely human activity, suffering is just part of nature and life on planet earth.

While I personally seek to not cause harm to others and live a life of harmony. I also follow the philosophy that I don't start fights, but I damn sure end them.

Recently in my professional career I've learned that I can't ignore those who are undermining and or sabotaging the well being of others and the company for their own personal gain. That I must enforce discipline and punishment to hold those in line and to show others that there is acceptable and unacceptable behavior.

Issuing punishment brings me no joy and yet, I know it must be done to enforce limits and order in a chaotic system.

You can not become strong until you overcome adversity. You can not defeat evil until you acknowledge it exists and you know it's power.

Life eats life
This is necessary

I agree that the world is as it is, but I don’t follow that with an assumption that we know everything there is to know about ‘how it is.’
So I don’t rest on any of those three. My fourth response would be to adopt an attitude of “spiritual” adulthood. I would modify those three this way:

God (the totality of reality) exists. Santa (an attitude of generosity) exists. Evil (unfavorable circumstances) exist. Metaphor (linguistic and visual shorthand) exists. The meaning of meaning is just a signifier. Finding an antelope I can kill with an arrow means I will eat tonight. Recognizing a lion's footprint and avoiding it means I will live to steal its antelope another day. A raincloud on the horizon means the life-threatening drought may soon be over. Life is brimming with meaning.

Suffering is mostly psychological. The physical kind we can treat medically more effectively every day. The emotional kind we are not so good at dealing with. There is psychiatric care for the seriously ill, but unless we are nearly disabled, our pride and fear of stigma (not to mention budget) won't allow us near it. We're happy to pop the pharmaceuticals, or otherwise self-medicate, but we are afraid of being "marked" as mentally unstable... so we suffer on.

Ancient wisdom traditions bear evidence that someone knew a way out of this suffering, long before psychiatric intervention was invented. Someone knew that most of our suffering was generated by our natural identification with ego, and that, with practice, we could train ourselves out of that identification, and cease the otherwise endless suffering. Someone encoded this wisdom into allegories that vary from culture to culture, but which all contain a similar formula. That formula worked, reasonably well, for most people, until the Age of Enlightenment, when we were taught that the only story worth listening to is a literal story. So we began separating into camps; those who took spiritual metaphor literally and could still swallow it (mostly the undereducated majority) and those who also took the metaphor literally but felt they had to reject it on intellectual grounds. Metaphor as a language of truth died of intellectual abandonment, or was relegated to the "non-essential" arts.

So now poetry and prose are fiercely alienated from each other, and tribalism is alive and well. Meanwhile we are no better at, and arguably worse at, reducing the suffering we generate for ourselves (and others) than we were two thousand years ago.

Wild animals show little evidence of complex, or debilitating, psychological suffering. They may feel momentary disappointment, frustration, or fear, but they deal with it in the moment and get on about the business of living. Domesticated animals, H. sapiens in particular, have an "enhanced" capacity for suffering, because they are operating under conditions of evolutionary mismatch. The Agricultural Revolution radically altered the environment for these animals, and generated a need for a curative counterbalance. Organized religion was our first response, but the Enlightenment whacked that. Psychology and Psychiatry were our second response, but Psychology, in the scientific sense, is less than three hundred years old, whereas religion-as-a-response-to-evolutionary-mismatch had some twelve thousand years to evolve.

Religion is not, strictly speaking, a conscious "invention" of humans. It is an emergent cultural phenomenon, as subject to evolution as our physiology is. It contains the same wisdom as an opposable thumb or a nictitating membrane. It evolved under the pressures of natural selection. It contains an antidote to unnatural (domesticated) suffering, but is currently unavailable to believers and non-believers; but still fully accessible by understanders.

There are a lot more responses than three How many I can't say but I know it's more than 3. Evil is a subjective concept that doesn't exist outside of our own judgements. You can see this because what's considered evil changes from person to person and over time. Suffering is just the fate of all living creatures in this universe. We exist in a universe designed to make black holes it seems, it wasn't designed for life. The unescapable fact we are doomed to destruction ensures we all suffer. Some are just chosen by nature to suffer more than others. I see no sign of a designer outside of gravity and other forces so I see logical reason to buy into the theroy that a magic being created it. Seems like something we humans have dreamed up as most of what we do know is far more wonderful and beautiful than anything any person ever imagined. 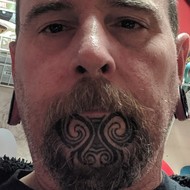 I believe what Hobbes says. Not yours but mine.

"Humans are tasty and they provide some valuable proteins"

@Matias Exactly. Hobbes is wise and that wisdom should be heeded.

Always remember to a religious zealots it is always god(s) will!

That is their patent response to anything that happens to them, their families, their tribe(s), their lands, cultures, and their religious beliefs! 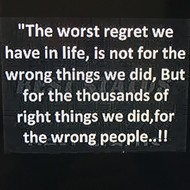 Of the three, I would choose the second response. However, I would not say that suffering has a purpose. It's just part of life. Humans suffer. Other animals suffer. Without suffering, would we recognize joy?

You can have right and wrong without a text or a deity. And as far as what I would do about injustice right in front of me? Well that's a difficult question.

I suppose it depends on the level of injustice. The worse the injustice the more direct and decisive my response would be.

Primarily empathy is my response, followed by anger more often than I like to admit.

I don't really use terms like evil or good because of the subjectivity. Indeed, societies have largely come to what we would call the right stances on many of these things. None the less however, even THAT has evolved over the years.

If I am to use the word evil, it generally has to be an extreme case. Which is interesting since I am not sure of a word that I would use on the oppisite end of the spectrum (extreme good).

I have had several discussions with theists about "evil". I submit that it cannot exist as a separate entity. There can be evil acts or even evil people and it can make me angry and have sympathy for those affected by an evil act.
Suffering can be caused by evil acts such as the Buddhists treatment of the Rohingya people in Myanmar or to an individual because of illness and just bad luck.
The response should be again to have sympathy and help if possible.
No need for nay supernatural nonsense.

The only response is to keep living, what are you going to do, take your toys and leave? You should stop thinking after the headline you wrote. All the other stuff you wrote is just words.

You can include a link to this post in your posts and comments by including the text q:355144
Agnostic does not evaluate or guarantee the accuracy of any content. Read full disclaimer.