What made you an atheist/agnostic?

Hey! I have never used my account here, so I decided to make a question for a start. Consider me to be new.

Edit: Holy shit, I was not expecting such feedback. Thanks guys!

Reaching the age of reason.

I could write a book on that one, it is a huge part of my autobiography. Long story short - I had doubts for so long that I ignored because being a good christian mom/wife was what I needed to be for the life I had. When the disconnect between who I was and how I was living started to get increasingly uncomfortable, and I could no longer stuff down the truth I had to make changes. I got a divorce and then had to acknowledge the Xian church does really not have a role for middle aged divorcees. They just don't fit in the picture. So being away from the weekly brainwashing allowed all the truth to surface and I had to find a new identity and I embraced my heathen side.

I was born an atheist.

I was born a freethinker, religion is taught so is atheist/agnostic.

I was born into a Mormon family and raised to be a Moron (oops, Mormon). As an adult I decided to study the prophecies of Joseph Smith (founding prophet of the Moron church), in order to convince others that he was a true prophet. Instead, the more I studied, the more I discovered that his prophecies did not consistently come true. (Even a false prophet can guess right part of the time.) I found several false prophecies, and concluded that Joe Smith was a fraud. At that point I left the Moron church.

Later, I put the biblical prophets through the same test, and got the same results. Every major prophet in the Buybull made some predictions that failed to come true, and the time for their fulfillment has passed. Therefore, Isaiah, Jeremiah, Ezekiel and Daniel are all as fraudulent as Joe Smith. I also found quite a few contradictions in the Bible, and evidence that parts of the Bible (notably Matthew, for example) appear to be satirical. Christian friends and family had me reading various books on apologetics, but all the arguments were flawed or weak. Seeing no good evidence that any gods existed, I became an atheist.

It's how christains treat the gay community, the contridictions in the bible, how screwed up the world is, and a family member telling me I was going to hell if I became an catholic(I was baptist). SO, I decided to free myself from the bs. I have been happier since.

Nothing. It’s the default position.

Belief is irrational when held for any other purpose than to avoid cognitive overload during a normal day. Even the moderately curious human being will realize soon that there is only one rational position to hold. Believe nothing other than the mundane (explanation available on request). Accept nothing without sufficient supporting objective evidence and when one does accept anything, one should always allow for the future possibility that it may be wrong. Think critically about and question all things.

Participating in a war.

Agnostic - when I was 11 and I got into a wicked fight with my best friend over conflicting verses in the bible. I knew there was something wrong with the bible and the christian religion, but I still believed in an element of spirituality well into my adult years. Surprisingly, my son chose to be an atheist when he was 11 and saw the hypocrisy in people. I always supported this choice he made.

Atheist - Eight years ago I became a faculty member at a prestigious, private, christian university. For 6 years I was marginalized, purposely set up to fail, and abused in the work place. I reported it, with documentation, and was retaliated against by the leadership and forced out. I have had bouts of PTSD, although they are getting rarer, and after 2 years I have recovered, although not fully. Since then I have rejected all religion, all spiritual beliefs, and openly acknowledged I am an atheist. When people ask me why I don't believe in god, I respond, "The abuse I endured at the hands of christians proved to me there was no god."

I will say, letting go of all of the beliefs and nonsense associated with organized religion has been one of the best decisions of my life.

Every religion seems to be a business, some obvious and some more subtle. I was raised in the Roman Catholic religion, one of the worse. When I visited Rome, I went to Vatican City State. While their art was truly beautiful ... I was struck by the fact that, if they were REALLY Christians, they could use their opulent wealth to end poverty worldwide. The gold in and on St. Peter's Basilica, stolen in wars centuries ago, alone could help millions of people.

I credit my parents’ decision not to indoctrinate me into a belief system with the the way I think today. Moreover, negative experiences with children who belonged to a faith (Christianity, in particular) when I was young made me question the self-righteousness of orthodox religions.

Consequently, having studied religion as an adult (just to get into their headspace and to understand the psychological aspects of why one chooses to invest everything in fantastic and highly-improbable claims and scenarios), I could never become a bot.

No one is made atheist or agnostic. We're all born atheist. People are made religious through brainwashing and indoctrination. I was brought up as a southern baptist. I knew from my early teens it was bullshit but I was still forced to go to church.

When I was able to admit he was a hateful asshole (god), nonbelief came easily. 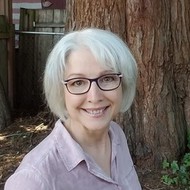 When I was young I didn't give it any thought so I can't say that I was a believer but as I got into my teens and started thinking about it I found that it made no sense.

God fails me and many others, ignoring injustice, and allowing suffering of many while few live in opulence.
If he/she/they are/is real they are not worth worshipping, but logically deities are just not practical to believe in for any reason.

Personal trials at first. Well, sort of (they made me angry at God). But logic kicked in a year or so later.

I went from anger, to acceptance of a likely void.

Brought up Catholic and have always struggled with my faith. Finally light bulb moment, its because I don't believe. I did not turn into a pillar of salt or had lightening strike me. I felf free; sort of what it must feel like a gay person coming out of the closet. I'm looking for a group that may believe in a higher power, but not all the "stories."

My mother and father by the act of procreation.

For me it was knowledge in biology and social theory that led me to the path of secular humanism. I enjoyed some of the life lessons I learned from Scripture as a Luthetan but was turned off by the absolutism of an arbitrary Creator that reflected the extreme ego of humanity to have a permanent life with only one ruler. I did not want to be restricted to that black and white faith-driven way of thinking, and many elements of the Old Testament merely seemed like rules from a bygone age, especially concerning sacrificial rituals and fastings.

There is also a power struggle by religions to gain followers and ignore the will of individuals. The increasing Christian radicalism and selfish interference in developing countries disgusts me tremendously, but it is the fundamentalist Christian blacklisting of scientific fact that has completely derailed my confidence in the Church. One doesn't need to have religion in order to have a moral compass, and I feel I learned all the lessons from experience and Scripture that are both relevant and meaningful. 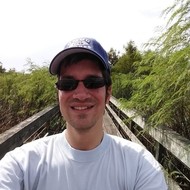 You can include a link to this post in your posts and comments by including the text q:287631
Agnostic does not evaluate or guarantee the accuracy of any content. Read full disclaimer.