Don’t set the bar too high

Discernment is different to judging.I interpret judging in this context as condemning or writing someone off totally.We have to discern everything but leave judgement to...god or something

That sounds like a good division: we compare things as a survival instinct after all.

We could just say that people who don't judge are people devoid of perspective and experience. ...rather like the gullible rubes the partisan attorneys try to pick for jury trials.

Never quite seen it that way, but it makes sense, lol

Ah, shame on me- ' I judge', and to myself I give the harshest review. That tends to be very depressing. But ironically I haven't been insightful enough. In my old age, I am getting a wee bit smarter; I would need to be. When buying a car, I would rather deal with 'Nasty Fred', "What are you, stupid? This is a pile of junk." as opposed to (Very) 'Friendly George', who is thinking, "My first sucker of the day.".

@MissKathleen, are judging and accepting reality necessarily different? I Don't think they are. We can judge and be off-base, sure. But we can also be perceptive and realistic and judge someone else's viewpoint precisely because it is not reality-based.

Everyone is entitled to their own opinion, to be sure. They are NOT entitled to respect for that opinion automatically. Opinions are most assuredly not all equally valid--a wishful thinking claim I have seen made countless times by college students in "research" papers by God-fearin' Southern college students who, I kid you not, keep citing the Bible as a factual reference source in their papers. Those opinions based in fantasy and wishful thinking absolutely deserve to be called out for their lack of factual support.

LMAO! I love Cyanide and Happiness.

Please don't set the bar too high. When I fall off I'll have further to go.

I only judge if you make a typo and when I look at the keyboard the letters aren't next to each other. Then I so judge you.

We try not to be non-judgemental don't we? It isn't easy. lol.

@sassygirl3869. I can spot a judgmental person immediately.

Me judgemental? Surely you jest?

being judgemental is self-preservation.

Hi. It's winter time here in the great, frozen north. Yesterday, I walked into a pub; there was a guy with a shirt with no sleeves. I could see that he wasn't too bright, BUT, his skin, his shirt, his pneumonia- and none of my business!

@LeighShelton I'M having a wowser of a judgemental day, hating on every rotten thing, thats going on in my housing scheme, don't know how to cope with myself ,so angry and twisted!

when that happens to me I step back and look with new eyes another time @jacpod. I don't care about anything people do that doesn't hurt anyone else. it is up to them but of course, I think about these things as we all do. asking my opinion is another thing, however.

I begin my day with coffee and a smile, prepping myself to be among people who can bring out the "active shooter" in most of us. I learn something every day. I made a resolution many years ago to not make any resolutions. It has worked well. One person's crazy is another person's sane so I have seriously trimmed my judging and bide my time by working on me. I love this comic strip though. It's quite funny! 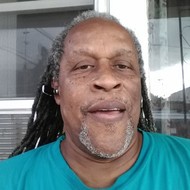 Like most everyone who is honest and admits it, I judge too. But, I think the key to not letting judgement be detrimental to your character is how you act on that judgement and whether or not you're willing to reevaluate your initial assessment. I will look at someone and perhaps make a snap judgement of them, but my opinion of the person will not be wholly formed. In other words, I leave room, always, for the possibility I may be totally erroneous in my thinking. And if I have the opportunity to acquire a bit more insight into the individual's character, I will suspend my judgement until I get to know them better, should the opportunity arise.

This doesn't mean that I won't ultimately give the person a thumbs down, that may happen; but that would be a decision based on a perceived mutual lack of benefit should anything more than an acquaintenceship appear to be a possibility. I.e., I can overlook certain things in people if I think we can have a meaningful relationship, so to speak (not necessarily romantic).

So, judge away; just don't let it get in the way of future happiness of the kind good friendships can bring. And, I have probably done that myself, I will admit. But, I try to stay open and accepting, as difficult as it can be sometimes.

@KevinTwining I know. I probably just had a bunch of extra words in my head that I needed to expunge that night. Don't mind me, I ramble on sometimes.

Everyone is judgemental. We try not to be but we are. I can't see reasons that those around me do such stupid things and think nothing of it. Half of my old friends are morons.

Have you seen the cyanide and happiness show on youtube? Foamy the squirrel/Ill will press is pretty good too.

Wow someone remembers Foamy? I have the CD - original run.

We have to continually make judgments to live a happy and successful life. Things like: can I trust this person to not gossip if I share personal information. Should I enter a business partnership with this person? Is this person too stupid to be my babysitter.

As someone who has been accused over & over (by mindless souls if you ask me (I'm being nice here!)), I like to refer to myself as a "Critical Thinker" rather than the "Judgemental Asshole" that others call me (if someone is judging me to be a Judgemental Asshole, wouldn't that then make them ......Judgemental?)

I agree, I thought the theme was to have appropriate expectations.

Why worry about what other people think? They don't live my life, they don't walk in my shoes, nor do I theirs. But I do love the cartoon, it does speak to the truth of the human condition.

I never set the bar so high that l can't look down and see the top of it.

I love this one. If it's okay with you I would like to share it with friends. Though I would have to disagree with the sentiments of some of those who have already commented. Sometimes I think you have to be judgmental. As someone said, there is no point being so open-minded that your brains fall out.

Cyanide and happiness is the best. 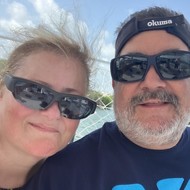 So the answer to happiness is to lower your standards? I hear that's how Casanova became Casanova--"hold on, just one more pint of ale." One more pint later--"yep, she'll do just fine!"

Lets raise our glasses and lower our expectations.

@EricJones the girls all get prettier at closing time

I love their Joking Hazard game. It's great. 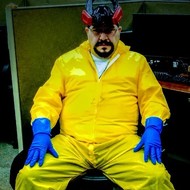 You can include a link to this post in your posts and comments by including the text q:12080
Agnostic does not evaluate or guarantee the accuracy of any content. Read full disclaimer.